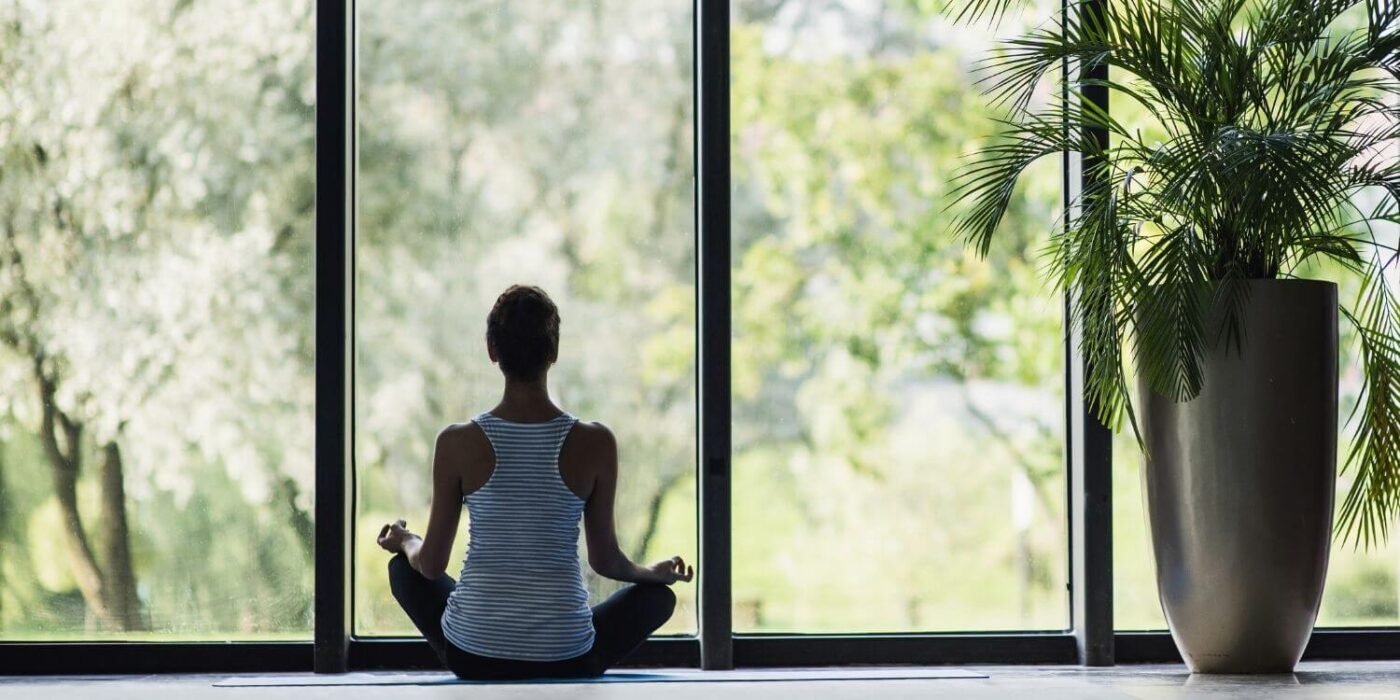 What are the Benefits of CBD?

Cannabidiol, commonly known by its catchy, three-letter acronym, CBD, is having its moment in the mainstream media. This compound is currently being researched for its potential health benefits. But it’s also currently widely used for a wide range of other benefits which relate to “wellness,” including resetting the body’s internal clock and positively impacting on emotional mindset.

Unlike another chemical compound found in cannabis, THC (or tetrahydrocannabinol), CBD is non-psychoactive. This means that it doesn’t cause the ‘high’ feeling and other adverse reactions associated with THC.

If you’re wondering whether CBD can provide any benefits to you, you may wish to continue reading. This blog post discusses the common reasons why using CBD is large and growing trend today, its popular forms, and the possible side effects of using it.

City living has its perks, including the proximity to your workplace and convenient access to recreational and shopping facilities. But living in a major center like Hong Kong also has its stresses,

From long working hours to the high cost of living and a crowded public transport system, it’s not a surprise that over 92% of Hongkongers surveyed reported that their daily lives were ”stressful”.

If the daily coping with the intense hustle and bustle of urban life have become hard to bear, you may wish to tap into CBD’s perceived ability to provide stress relief.

Most CBD users swear by its ability to help them deal with anxiety, while others claim that it boosts their overall productivity as well. Similarly, others report that it helps lubricate friendlier relationships with fellow employees and relatives. We reckon this is a big deal for anyone trying to deal with the ups and downs of coping with daily existence in the urban jungle.

When respect to studies on the effect of CBD on the brain, some researchers acknowledge that CBD has the potential to promote feelings of relaxation. The compound is thought to aid in calming the mind due to its effects on the body’s endocannabinoid system (ECS).

Although experts are not exactly sure how CBD interacts with the ECS exactly, there is a growing opinion that it works by inhibiting the role of the enzymes. As a result, the endocannabinoids linger longer in the body, thereby prolonging and enhancing the natural effects of the ECS.

For those who are experiencing shortened attention span due to anxiety, fatigue, and stress, there’s promising research suggesting that CBD can boost energy levels and may stimulate concentration when used in smaller doses.

Sleep disorders (a.k.a, sleep-wake disorders) are conditions involving disruption to sleeping habits and patterns. These problems decrease the quality and amount of sleep you get each night, leaving you feeling tired after waking up. But there’s more to this issue than that.

Sleep disorders have been shown to lead to daytime sleepiness, irritability, and increased errors and accidents.

Improving the quality of sleep is a commonly observed benefit of using CBD. Studies have shown that CBD can help to naturally promote the process of falling to sleep by dealing with the issues which stand in between you and achieving a sound night’s sleep, namely pain, anxiety, and stress. If other remedies haven’t worked to improve the quality of your night-time rest, have you tried CBD for sleep?

Research on whether CBD alone induce sleep is not yet conclusive. But there’s another growing trend that you’ve probably heard of in your search for a better night’s sleep – that is, mixing CBD oil with melatonin.

In case you’re not sure, melatonin is a hormone secreted by the pineal gland. You could think of it as the switch that regulates your sleep-wake (or day and night) cycles. The body synthesizes more melatonin when it’s dark, triggering commencement of the sleep cycle. When the sun comes up, the light lowers melatonin production, signalling that it’s time to wake up.

Like CBD, melatonin is also available as a supplement made in the lab. It’s thought that taking melatonin supplements might help people with sleep problems doze off relatively faster.

You’re probably asking, “what’s the connection between CBD and melatonin in inducing sleep?” Well, there’s a connection. First, both have been shown to have a positive impact on the sleep-wake cycle. Second, CBD and melatonin are thought to work on similar receptors.

We note, however, that everyone is physiologically slightly different. While some swear by its efficacy, melatonin does not work for everybody with respect to sleep regulation—the same is true for CBD. So, if you’re planning to medicate yourself with a mix of these two, it’s recommended that you first consult with your doctor before buying these supplements.

Regardless of your fitness level, exercising vigorously and ending up with sore muscles, or what scientists refer to as delayed onset muscle soreness (DOMS), is almost inevitable. Experts tell us that DOMS is a fact of life for athletes across all types of sports and is an inevitable result of participating in a successful training program.

But let’s face it: suffering from muscle soreness is not a matter of pride, especially if it holds you back from sticking to your workout routine.

Luckily, there are multiple ways of easing DOMS and decreasing your recovery time after gym. Sports scientists recently added cannabidiol to the list of recommended substances, citing its potential to reduce inflammation, muscle pain, and bodily aches.

Will a few drops of CBD oil in your post-gym protein shake make you a better athlete? Well… yes! But of course, an eyedropper full of CBD won’t make you a pro in skills you haven’t yet mastered. It’s not a magic pill. However, your muscles will recover faster and feel better than if you had simply lived with the soreness.

There is no empirical data to quell your doubts on whether CBD can reduce muscle soreness. But many professional athletes, including boxers, MMA fighters, and basketball and soccer players, say that using CBD products orally or as ointment seems to help them recover faster. Experts opine that CBD may help reduce pre and post-workout inflammation when rubbed on muscles and joints, which, in turn, speeds faster recover and encourages continuing training.

Speaking of its anti-inflammatory properties, positive feedback from many young adults suggests that CBD may also help solve common skin problems, such as acne and skin irritation.

May Help Cope with Chronic Pain

As most healthcare providers would tell you, chronic pain is one of the challenging conditions which many patients have to deal with. Given the addictive nature of opioids, practitioners and patients have been long on the hunt for an effective and non-addictive alternative.

CBD ticks off at least one of the boxes in that it’s non-addictive. Our understanding of the effects of CBD when used in pain management is still evolving, and studies of this subject  remain ongoing. However, anecdotal patient experience and scientific evidence suggest that cannabidiol is promising agent with respect to this issue.

Animal studies suggest that CBD may relieve pain by interacting and regulating the endocannabinoid and inflammatory systems.

Although the pain-relieving effects on people are yet to be validated, many reports, ranging in age from more elderly seniors to baby boomers, show that CBD helps them cope with chronic pain.

There are a few things to point out here. Firstly, although CBD seems promising, experts are still debating whether CBD alone can deliver the desired results or whether it needs to be combined with THC to work.

Secondly, although a substantial number of testimonials strongly suggest that CBD helps with pain management, it should be noted that everyone is unique. There’s no guarantee that what works for one person will work for someone else.

That being said, there’s only one way of finding out whether CBD will help relieve your chronic pain- trying it yourself.

CBD products are everywhere, and there are various reasons why people are taking them. While they are mostly marketed for helping manage particular problems, like sleep, pain, and anxiety, another growing trend is the use of CBD to support overall well-being.

It’s clear by now that CBD works by interacting with the Endocannabinoid System (ECS). To give the simplest explanation, the ECS is a complex system with a critical role in keeping the mind and body balanced. This system comprises three major components: endocannabinoids, cannabinoid receptors, and enzymes.

As a cannabinoid, exogenous cannabinoids, for instance, CBD and THC, are thought to interact with the cannabinoid receptors just like endocannabinoids do.  The possibility of this interaction occurring enhances the role of the ECS.

Appears Promising in the Medical Fraternity

Given the numerous reports, positive results in animal studies, and the long tradition of using cannabis in healthcare, in some cultures, health practitioners are continuing to explore the potential benefits and effects of CBD in managing various conditions.

Some of the existing studies purport that CBD appears to help manage two rare forms of epilepsy that don’t respond well to conventional medications- Lennox-Gastaut syndrome and Dravet syndrome.

There have also been numerous studies suggesting the effectiveness of CBD in helping with depression, high blood pressure, cancer-related symptoms, and diabetes.

Although preliminary studies suggest that CBD has considerable potential, authors of a number of these scientific studies have clearly indicated that further research is required to better understand the long-term effects of this substance.

Potential Side Effects of CBD

Most studies that have demonstrated the benefits of CBD also suggest that humans can tolerate large servings of this compound. However, some CBD users have reported experiencing some CBD side effects. Amongst the most common include light-headedness (fatigue), diarrhea, dry mouth, reduced appetite, irritability, and nausea.

Since everyone is different, it’s important that you start by using small dosages and allow your body a few days to adjust to the supplement. Also, depending on the desired results, remember to seek advice from your physician as to whether or not to take CBD, especially if you’re currently on other medication.

CBD has emerged as an appealing option for managing a number of issues people commonly face. This remarkable compound is gaining momentum in the wellness industry as scientific and academic studies confirm that it may hold the promise for easing numerous everyday problems Whether you require something to help ease insomnia, need a mild calmative to help with public-speaking anxiety, or are aim to stick more rigorously to a sports training program, CBD can provide quite unexpected benefits.